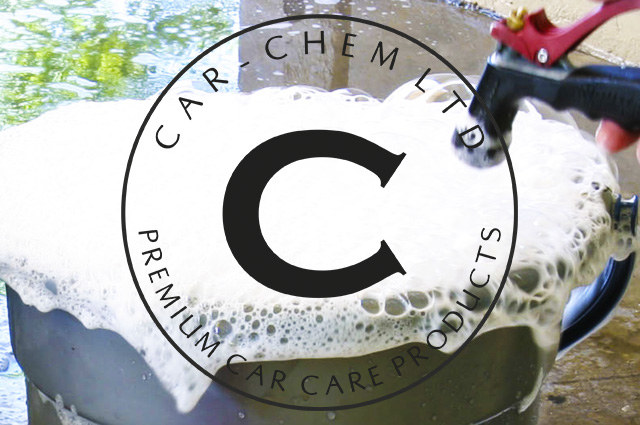 The science behind shampoos and detergents rely on the use of surfactants. Surfactants are used in cleaning products to help remove dirt from a surface. There are a wide range of surfactants that can be used, the selection of surfactants is very important in determining the properties of the final detergent. Properties that could be impacted by surfactant choice could be pH, viscosity, density, cleaning ability, foaming ability, as well as the hazards that surround the finished product. The perception is that a more viscous product contains more surfactants, this isn’t necessarily the case as salts can be used to thicken up solutions which do not contribute to the cleaning ability of the shampoo. However the CarChem 1900:1 shampoo is viscous due to the level of surfactants!

Surfactant molecules are made up of a ‘head’ and a ‘tail’. The head of the molecule generally is hydrophilic and wants to interact with the water molecules and the tail of the molecule is hydrophobic, this means that this part of the molecule wants to interact with molecules that are not water. A relatively well known example of surfactant use is using an egg white to make an emulsion between water and oil. If water and oil are mixed together without an emulsifier or surfactant then the solution will eventually separate out into an oil phase and a water phase. The hydrophilic head of the egg white is attracted to the water molecules where are the hydrophobic tail is attracted to the oil molecules. The egg white is then used as a binder between the two phases to make a uniform solution.

A thick layer of foam is important in helping to reduce the chance of leaving swirl marks on a car as it allows for a layer of lubrication between the surface of the car and a wash mitt. A layer of foam also allows for any loose dirt picked up by surfactants to diffuse into the foam and away from the surface. The main driving force behind the diffusion mechanism is the difference in concentration of dirt between the surface of the car (high concentration) and the foam (low concentration). The mechanism of diffusion wouldn’t be the main mechanism in providing your car with a perfectly clean surface but it helps. This is also how a pre wash snow foam works. The diffusion works in the same manner as putting a tea bag in hot water, the tea diffuses from the area of high concentration (the tea bag) to the area of low concentration (the hot water). The diffusion stops when either the concentration of the water matches that of the tea bag or when the water is saturated with tea. So, if you have a thicker layer of foam then there is more for the dirt to diffuse into and it provides a greater layer of lubrication.

Whilst the shampoo helps lift the dirt away from the surface a small degree of agitation is required to remove some of the more stubborn contaminants away from the cars surface. Lightly running the wash mitt over the surface of the car is usually enough to pick up most dirt. Using too much pressure when using a wash mitt increases the chances of leaving swirl marks in the paint work. The agitation can be required as the surface tension between the dirt and the car surface is too strong for the surfactants to lift off. Gentle agitation can be used to lift the dirt from the surface of the car, as this occurs, the hydrophobic end of the surfactant attaches itself to the dirt which helps it diffuse into the foam.